夫鉛汞者，天地之始，萬物之母，金丹之本也。
“Lead and mercury:
The creation of heaven and earth,
The mother of all beings,
The origin of golden elixir.”- Li Daochun, classic of the middle harmony.

真鉛真汞身心是也。
“Real lead and real mercury are the body and mind.” – Li Daochun. 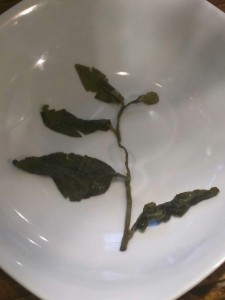 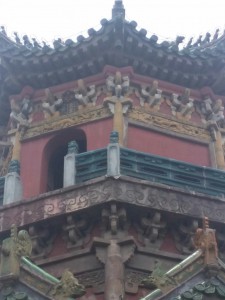 Arrogance and egotism are inevitable features of being a person in society.
These views come part in parcel with our ongoing evaluation of ourselves in relation to others. It is important to recognize that as long as we interact with other people, we will always to some degree require validation of our views and behaviours.
There are almost no people who genuinely do not care what other people think of them, but this only becomes a problem when we care so much that we assume ourselves to be better than other people.
Arrogance can occur for many reasons, but usually it is based on pride and our desire to have some special defining characteristic that gives us social status. Does this occur naturally, or as a result of perversion of our nature?

“all the gold and jade in the palace can not be protected,
being rich, powerful, and arrogant is a punishment in itself.
after you have finished your work, disappear your body back into the Dao.”

This passage is a good explanation of how we can contextualize our own importance in the world and why it is not permanent.
Even if you are very rich, it is always possible to lose that money and the status that comes with it. Not even a bank account or safety deposit box can protect your riches in an absolute sense, and it is always possible that the economy could take a bad turn, or that someone could steal your savings. There is no physical object which can be saved, not even our own bodies. If we understand that all physical items are transitive, then we have no reason to be proud of our riches, our skill, or any other item that we own or represent. If, on the other hand, we choose to treat our wealth, our status, and other things as a reason to be proud and arrogant, we ultimately set ourselves up for a negative surprise when suddenly something causes us to lose that status.

So regardless of whether we do or do not possess some sort of prestige or benefit, we ought to be circumspect about it and not assume ourselves to be wonderful, or somehow naturally deserving of it. It is much better for us to simply be thankful for what we have and if we want to get more, to work hard and earn it, while recognizing that it could disappear at any time. this can allow us to make a backup plan, and always be ready for the bumps along the road of life. This type of circumspection can assist us in making better decisions, being kinder people, and being less insufferable in our dealings with others

This passage of the Dao De Jing is hugely important and complex when considered from the perspective the five elements and the body, mind, and world.
Lets look a little more deeply into this topic:

The five colours are represented by,
red, green, yellow, black, white,
and match up with the elements of,
fire, wood, earth, water, metal,
the organs of,
heart, liver, spleen, kidneys, lungs,
the facial organs of,
tongue, eyes, mouth, ears, nose,
and the aspects of the mind of,
consciousness, yang spirit, intention, will, yin spirit.

In context with the rest of the chapter

We can see that Laozi is discussing an early version of what would ultimately become the theory of how the five elements relate to the sensory organs, the mind, and meditation.
I am categorically not saying that Laozi is discussing the complex theory popularized by Lu Dongbin and the internal elixir schools of Daoism, but rather that this passage is an early example of what would ultimately go on to become one of the most important aspects of Daoist meditation called “The five energies revert to their origin.”

I teach a course on this topic and if you have found this post interesting, please feel free to contact me about it. 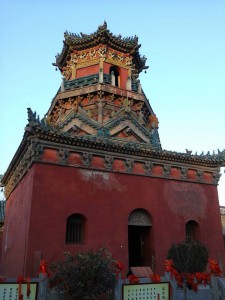 与赵莒茶宴
【唐】钱起
at a dinner time tea with Zhaoju
by: Qian Qi (Tang dynasty)
竹下忘言对紫茶，全胜羽客醉流霞。
Under the bamboo, talking boisterously of the purple tea,
the most excellent Daoist priest drunk in the flowing red clouds.
尘心洗尽兴难尽，一树蝉声片影斜。
Washing the heart completely of karmic dust,
this happiness is without end.
A tree borne cicada seems to be singing from from the distant slope. 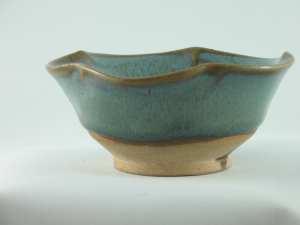 Henan is the centre most province of China and is the key intersection of North and South, East and West, as well as a key point along the path of the yellow river and one of the most important historical and cultural areas of China as a whole.
As a result, Henan has a great deal of accumulated cultural history which in modern times presents itself most conspicuously through the arts. Whether it is traditional water painting, calligraphy, opera, martial arts, or pottery (which we are discussing in this article), Henan still maintains a very strong relationship with its cultural history and is one of the last provinces to be touched by Chinese artistic modernity, which borrows heavily from modern Japanese, Taiwanese and Korean art aesthetics. Being that genuine Henan culture still exists in many places in a fairly pure form, it is important to catalogue what is genuine to Henan before it begins to gradually disappear and be replaced by neo-Chinese arts and culture (oddly, I have seen the beginning of this process taking form in the pottery world there within the last year or so and so now is really the best time for anyone interested in traditional Chinese culture to go to Henan and research before it all goes away).

Pottery in China has a long history and is often believed to go back at least 20,000 years, but the high era of Chinese ceramics occurred between the Tang and Song dynasties between 700-1200 AD or so. Tang porcelain is characterized by the gorgeous light blue, shiny porcelain commonly made in Jingdezhen in jiangxi province, but Song porcelain is represented by many diverse and special traditions. The Song dynasty was split into two major eras, Northern and Southern, with the Northern Song period taking place mainly in the city of Dong Jing (modern day Kaifeng). Dong Jing (eastern Capital) was the home of one of the most influential Chinese empires ever to exist and also gave birth to two unique and valuable styles of porcelain.
The first style, called Jun Ci, has the specialty of having three distinct types of glaze. The base glaze is black, which is high in lead and cannot be used for human consumption of food. The next glaze is light blue, which is not toxic and goes over the black glaze, making the porcelain safe to use. The final glaze is red, which is also not toxic and goes over the blue glaze. Most Jun Ci made in Henan today is a combination of blue and red glaze and many beautiful vases, cups, tea pots and other similar materials are made with this porcelain. The home of Junci is Yuzhou township, which is in the countryside outside of Kaifeng. Not only does Yuzhou maintain traditional Henan ceramics culture, but it also maintains the older, traditional name of Henan, which is “Yu.” Junci is a hugely popular style of porcelain in China and it is also made in 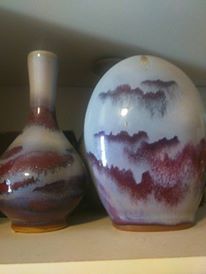 many other kilns, but yuzhou still produces the most authentic Junci available.

The other famous style of porcelain from Henan is called Guanci, which is much more rare. While Junci was originally the type of porcelain enjoyed by wealthy families during the Northern Song dynasty, Guangci was kept back specifically for the emperor’s family. As such, the number of people who know how to make Guanci is very small and in modern Henan, almost non existent. After the invasion of the Manchurian armies and subsequent replacement of the Northern Song dynasty by the Jin dynasty, the Song moved to Hangzhou, Zhejiang province and began to produce pottery there in the Southern Song period. The porcelain made in the Longchuan kiln of Zhejiang is very similar to Guanci, but its overall quality and beauty is not comparable, since the traditional clay used to make Guanci is all located in Henan. Nonetheless, the Longchuan kiln produces the vast majority of modern day Guanci and as one of the best traditional kilns carrying ancient dynastic pottery today.

Regardless of what type of porcelain you like, it is of great value to take a trip to Henan to look at the traditional and largely family lineage produced porcelain in order to see something about an ancient culture that is still alive today in China.

Less than two months to go folks!!
The first ever tea festival at Royal Botanical Gardens Hamilton.
We have 20+ vendors selling tea, tea wares, Taiwanese food (yum!!!) and much much more.
There will be demonstrations of Cha Dao tea ceremony by Tea Master Madeline Chang of Taizhong Taiwan. Chayo Tea Friends has a booth and so do so many other cool vendors and exhibitors. Door tickets are $5 so it is a really good tea for a day of tea awesomeness.
More info to come!

This method is from Wang Chongyang’s Ten Discussions” a yuan dynasty meditation document from the quanzhen school. Wang believed that people should meditate at all times regardless of whether they were sitting, standing, walking, or lying down. The basic of his method is in harmonizing the mind with the breath and achieving clarity of mind. This is a good example of the basic practice of “xing gong” or consciousness work in Daoism.

王重阳云：坐久则身劳，既不合理，又反成病。但心不著物，又得不动，此是真定正基。用此为定，心气调和，久益清爽。以此为念，则邪正可知。
“Wang chongyang said:
Sitting too long overworks the body and is not the right way. Usually this will cause people to become ill. If the mind doesn’t grasp at external things, and gains real stability, this is the real “setting” and upright basic. Use this to become stable: mix the mind and breathing in harmony together. After a period of practice, you will become clear and comfortable. If you focus on this feeling, you can come to know how to correct your evil.”

Awakening from deep sleep in the mountain top temple in spring.
Thoughts slowly stream as the tiger runs along the bank of the fountainhead.
Alone, the monk grinds clouds of winsome tea.
I collect a few dried branches of the fallen pine tree.

Entertaining a friend on a spring evening with a splendid orange blossom tea:

Yesterday an eastern wind blew around the orange blossoms,

Like an cloud above the deep moat protecting me,

this frost makes my old home seem a wild place.

The golden disk has been broken and turns into a rainy dew. The jade dust brewed up gives of

It seems like today I’m completely sick of thirst,

I don’t even envy the crane dipping his neck in the water from the platform.

After the spring leap year has passed, the mountain temple

There is still one who has an unfettered heart,

quietly taking measure of these surroundings.

Knowing to stay a long time on the southern cliffs,