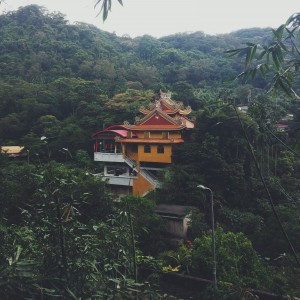 天性人也，人心机也。立天之道，以定人也。
“heaven’s nature is the same as that of human’s.
Man’s mind is its mechanism.
Setting upright with the way of the heavens and people will be stable in it.”

This passage is constructed of the key idea that the nature of the sky and humanity is the same, and that the human mind is the mechanic element by which the two are united.
If people can copy the fundamental nature of the way of the heavens, then they will naturally become stable and stronger.

Some people have made the assertion that the heaven’s are considered as an empty space and comprised of yang energy, and that this passage is encouraging people to empty the mind in the same way as the sky, but this is an oversimplified concept which is not true to the original text. The actual meaning of this statement is that the mechanism of the sky, that which holds all of the natural world within it, The sky not only consists of emptiness, it also consists of movement of air and it contains various cycles of phenomenon such as the rise and fall of the sun and the moon, cloud cover, rain, thunder and wind. Each of these phenomenon change naturally with the seasons and although they are not predictable in an absolute sense, it is possible to know when they are likely to occur. For instance, the waxing and waning of the moon and rise and fall of the soon are consistent and can easily be defined to the minute according to time of year and geographical locale. Most parts of the world usually have four major seasons, each with its own unique weather patterns, and each of these can be predicted with at least some degree of accuracy, although they do change from year to year.
The human mind and body are very much the same. The mind experiences emotional events, some obvious and some subtle. We are happy when we come into fortune, and unhappy when we meet with misfortune. Sometimes our minds seem clear and other times they are clouded by thought or feeling, and there are times of turbidity and change that accord to events, thoughts, feelings and so on.
The body goes through a natural development, ageing, and dying process, and although it is possible to protect the body to some extent, it will eventually die and pass away.

The Yellow Emperor Hidden Talisman Classic uses the concept of the similarity between people and the sky in order to advance a synthesis of Daoist and Confucian ideas which suggests that in the understanding of our nature as the same as the nature of the world, we can take advantage of both in order to become more healthy, conscious, and take advantage of the forces of nature, rather than being at their mercy.
The important point to take away from this passage is that people’s minds are the mechanism by which humanity and the heavens are connected. That is to say, our minds are the interface between us and nature and they are the way that our corporeal forms are able to take advantage of nature in order to advance ourselves.

2 thoughts on “Analysis of a passage from The Yellow Emperor Secret Talisman Classic.”